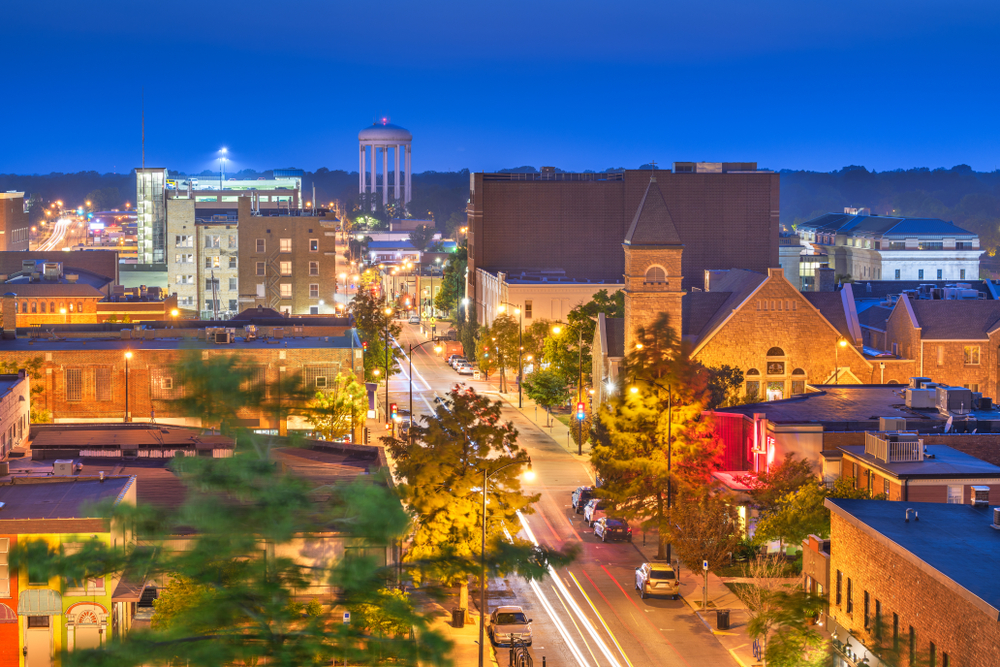 Forbes magazine regularly compares hundreds of locales in America, measuring everything from housing costs and taxes to healthcare and air quality, to find the top 25 cities for retirees. Columbia, MO, has made the Forbe’s list an impressive three times! Columbia’s also made newhomesource.com's list of the 10 best places to retire in Missouri, as well as CBS News’s list of the 25 best cities to live in, and USA Today’s list of top 100 places to live. Why all the accolades? Columbia has a lot to offer!

The famous Forbes list has always aimed first and foremost to identify retirement value — places that offer a high quality of life at an affordable price. Another timely metric they’ve long considered is the availability of medical care, using doctors per capita as a proxy. Plus, they look at whether a city encourages a healthy and active lifestyle with good air quality, convenience for walking and biking and low serious crime - so Columbia's allure isn't about just one reason. The list of benefits is actually quite long.

A WEALTH FOR YOUR  HEALTH

EDUCATION OF THE HIGHEST DEGREE

Columbia boasts numerous colleges, including Missouri’s flagship state school, the University of Missouri, known as Mizzou, which was the first public university west of the Mississippi River. It offers a wide array of courses for those over age 50 through its Osher Lifelong Learning Institute known as Mizzou Extension. Columbia’s also the home of Stephens College, Columbia College, the Columbia campus of Moberly Area Community College, (MACC) and the Columbia Area Career Center.

In addition to the University of Missouri and the other colleges and college-related businesses, and health care providers, Columbia has many other highly successful large employers including Veterans United Home Loans and Shelter Insurance. It is a thriving, growing and active community that is able to meet the needs of families of all ages.

Considering its size, Columbia has a surprising number of art outlets and artisans. The North Village Arts District is so named because of the number of galleries and studios in the area. In addition, the Columbia Art League offers art classes, as well as serving as a retail outlet for local artists, and hosts an annual event, Art in The Park. Many stores in Columbia also carry works by local and broader mid-Missouri area artists. You can also find ceramic studios, places that offer painting and more. Even the traffic boxes downtown are colorful works of art, and murals abound around town.

Sure, there’s plenty of pizza to be found, as expected in any college town. But again, considering its size, along with its location, there’s a thriving culinary community in Columbia. Ethnic food of every ilk is available — from Thai to Tex-Mex — and vegan and vegetarian alternatives are readily available. Many of the ingredients are locally sourced, and you can find the growers each Saturday at the Columbia Farmers Market. And from wineries to craft beer, the selection for satisfying even the most discerning palate is always available.

Because of the University of Missouri, Columbia enjoys the MU Concert Series, which brings internationally acclaimed musicians, dancers and other entertainers to perform. Many productions are staged at The Missouri Theater or at Jesse Auditorium on campus. The three larger colleges also stage their own theater productions. In addition, Columbia’s home to the Missouri Contemporary Ballet, The Missouri Symphony, the Odessy Chamber Music Series and the "We Always Swing" Jazz Series and more. In addition to two national movie chain theaters, Columbia has the unique and quirky Ragtag Cinema.

Sports of all sorts are yours to see, thanks to the local colleges. In addition, Columbia hosts the annual Show-Me State Games and Show-Me Senior Games.

Columbia offers a nature lover’s haven, with more than 3,000 acres of parks — including Stephens Lake Park, Rock Bridge State Park and dog-friendly leash-free dog parks — and more than 50 miles of trails, including the MKT Trail, an impressive rail-to-trail conversion championed by one-time Mayor Darwin Hindman, a big biking enthusiast. The Columbia Department of Parks and Recreation maintains them and regularly hosts events, such as Kaleidospoke, an illuminated nighttime glow bicycle ride.

You'll find lots of activities going on year-round in these great Columbia parks. There are wetlands and nature areas to visit, places designated for swimming...even places for hunting and fishing, so visit the park directory for specifics. Those who enjoy fishing can take advantage of numerous stocked ponds around town like Cosmo-Bethel Park, Twin Lakes Recreation Area, Stephens Lake Park, and Nifong Park...to name a few.

The District, in downtown Columbia, houses a myriad of shops that carry jewelry, accessories, shoes, clothing, kitchen wares and more. You’ll also find large national chain stores at The Columbia Mall and plenty of big box stores in town, such as Target, Lowe’s and Walmart.

The Activity and Recreation Center (ARC) offers a wide variety of fitness options, including an indoor pool.

Columbia’s home to many different churches and houses of worship, including the Islamic Center of Central Missouri and Congregation Beth Shalom Synagogue. Readers will appreciate the public library, while history buffs will enjoy the The State Historical Society of Missouri Center for Missouri Studies.

The weather is fairly temperate, and all four seasons well represented. The cost of living is relatively low, and the population size is comfortable — neither too small nor large, hovering around 115,000, not counting students.

Comfortably situated midway between Kansas City and St. Louis, Columbia boasts an airport served by both United and American Airlines. Linkside and Old Hawthorne are mere minutes from I-70, and Hwy. 63, with easy access to grocery stores, major retailers, restaurants, the universities, downtown and the mall all within 5 to 10 minutes away.

Columbia Missouri makes the Midwest a serious contender for anyone looking to enjoy all the beauty and benefits of retirement.

Mid-Missouri is The Place to Retire

While many people associate Columbia, Missouri, with being a college town, Columbia is also one of...
Read More

Town and gown have found the formula for success in Columbia, Missouri. We’re blessed with a...
Read More

Everyone knows walking is great exercise. It's affordable and fun and requires little in the way...
Read More